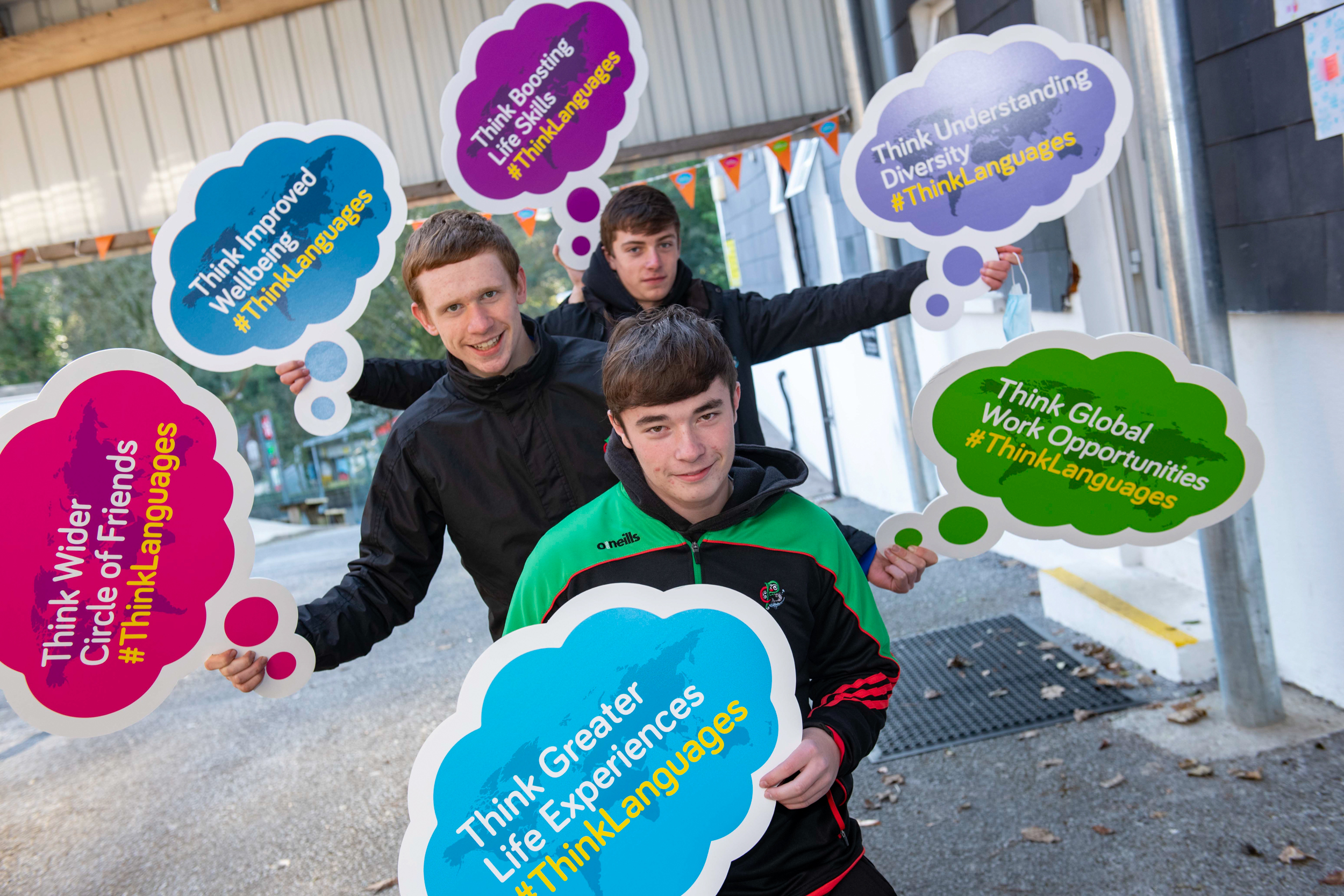 #ThinkLanguages 2021 will be bigger than ever and bring a celebration of languages and cultures to 150 schools nationwide on 22 November. Transition year students right across the country have been preparing for the event for weeks, and with the help of the Languages Connect team, they will spend the day immersing themselves in languages and cultures from across the world. Through a combination of supports TY students, TY coordinators and Modern Foreign Languages teachers will bring foreign languages to life in their schools.

Now in its fourth year, the Languages Connect flagship event has grown in popularity and there are more than double the number of schools taking part in 2021 compared to last year’s event. With the new localised school format introduced last year, #ThinkLanguages is now held nationally with students and their teachers asked to ‘Think Global, Act Local’ and explore the languages spoken by those in their school and local community, as well as further afield. The events are tailor-made by each school and have been adapted to comply with all Covid-restrictions. The students enjoy getting a chance to take ownership of their own events and compete against other schools to win the overall #ThinkLanguages National Champion Team Award. Last year’s champions Coláiste an Phiarsaigh in Glanmire, Cork are among the 150 schools taking part this November.

This year schools have invited a variety of guest speakers including Ambassadors and representatives from embassies who will talk about the benefits of learning and speaking other languages, former Erasmus students who experienced the advantages of immersion in another language during their college years and now benefit from being able to use that language in their work, and business people and third level language student ambassadors to share their stories about what languages have brought to their lives. Live workshops have also been provided to schools including folk dancing in Polish, Chinese Art, and Japanese Origami. Others are linking in with schools across Europe and some will participate in Mystery Skype where the students in Ireland join students in another country.

A pre-recorded opening ceremony and 25 pre-recorded online workshops in a variety of languages and levels of ability have been provided to all registered schools. Everything from Spanish and Flamenco Dancing, Portuguese and Capoeira, Chinese Art and Russian and Ballet, and lots more can be experienced by the students on the day. Languages Connect have delivered event management packs and supports to all schools to provide extra fun and resources for the day.

As an awareness raising campaign, facilitated by Post-Primary Languages Ireland, Languages Connect aims to highlight the personal, social, professional and economic benefits of language learning. Students taking part in #ThinkLanguages are encouraged to think about the global work opportunities, as well as the wider circle of friends and the richer life experiences that foreign language skills can offer them. They are also encouraged to appreciate diversity of languages spoken both globally and locally within their own school and community.

Commenting on the event, Karen Ruddock, Director, Post Primary Languages Ireland, said, “It’s amazing in the current context that we can have 12,000 TY students celebrating languages together today. We are delighted that the new format of #ThinkLanguages allows the students to share this experience with others right across the country, without having to leave their school. TY students are now considering what they will study for their Leaving Cert and beyond. We hope that the event will encourage them to keep up their foreign languages and maybe even take on another language for the Leaving Cert. #ThinkLanguages is a language class with a difference – it should open student’s minds and bring many different aspects of languages to life.”

Aoife Dungan, Marketing and Communications Manager, Languages Connect, added: “It’s been another challenging year for everyone – and I hope this event brings the joy, excitement and sense of inclusion and community that it brought to so many schools last year. We would like to thank all the TY coordinators, teachers, and TY students for helping us put on local events in 150 schools today. #ThinkLanguages is a brilliant way to get the students thinking about languages beyond the classroom and illustrates to them how languages are a life skill that helps connect you to people both at home and abroad.” 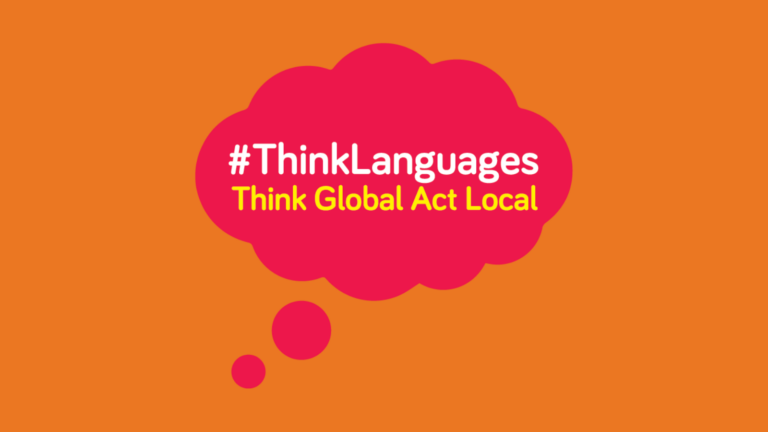