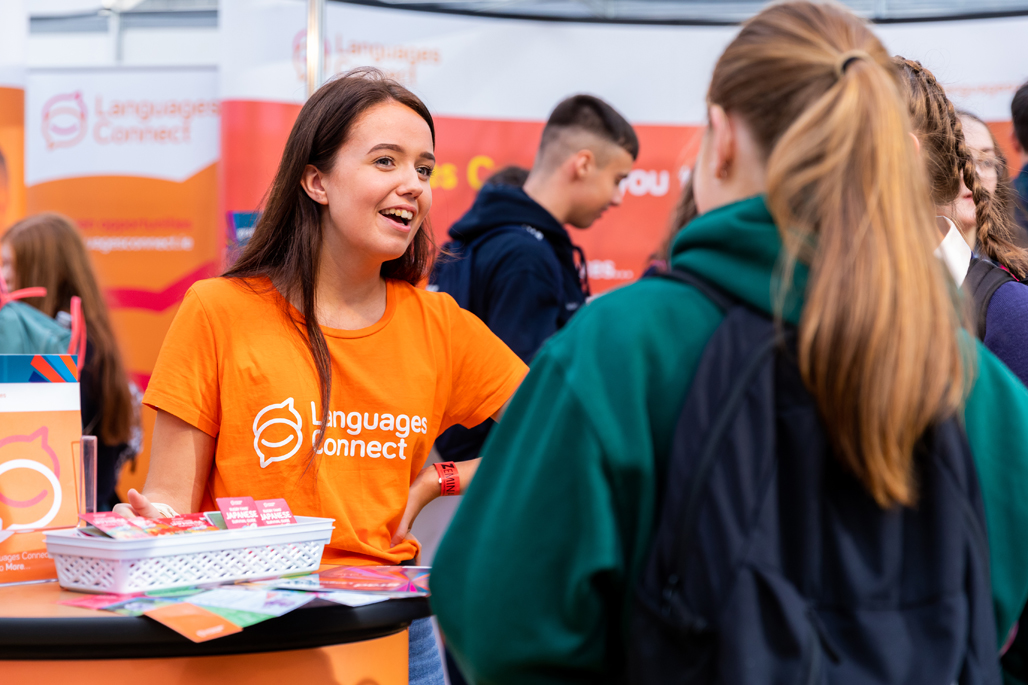 September and October were jam-packed full of student events and our team of Languages Connect ambassadors were run off their feet at the stands at School Summit, Higher Options, the TY Show and Zeminar. Nearly 50,000 students from every corner of Ireland attended – and given the constant crowds at our stands, we must have talked to every single one of them!

At the stands, students were given advice on how foreign language skills will benefit them in their careers, how school exchanges will help bring languages to life for them, which third level courses include foreign languages and lots more! Across the various events, thousands of students tried their hand at our language competition – learning how to say hello in 10 different languages along the way!

At Zeminar, Ireland’s only Professional Wakeboarder, David O’Caoimh, explained to an auditorium full of students how his French skills give him lots of opportunities in his professional and personal life – bringing advantages in competing, coaching and selling his own line of wake boards!

This year for the first time, Languages Connect also took part in Culture Night. In partnership with the European Commission, we also hosted Language Taster Classes where everyone was welcome to try out new languages such as German, Irish, Italian, Portuguese, Spanish, French, Latvian, Lithuanian, Polish and Romanian. A great night was had by all!